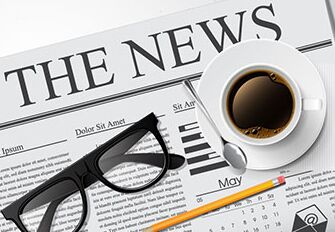 In recent years, traditional printed newspaper has faced a serious challenge. The Christian Science Monitor became the first national newspaper to shut down its print edition, and recently, the world famous magazine Newsweek announced that it would soon cease publishing on paper and shift to an online-only format. Will the printed newspaper one day be replaced by online newspaper? Some believe so while many still hold an optimistic view on the future of traditional newspaper. Read carefully the opinions from both sides and write your response in about 200 words, in which you should first summarize briefly the opinions from both sides and give your views on the issue.

Online newspaper is also environment-friendly, which is in accord with the trend of saving energy in today’s world. The printed newspaper consumes a large number of natural resources, and will, in the long term, be gradually replaced.

The multiple services, such as posting comments and finding related news through the links provided by online newspaper have greatly enriched people’s reading experiences and knowledge. Traditional newspaper can hardly compete in this sense.

There are still a large number of people in the world who have no access to the Internet. For these people, printed newspaper is an important way to know about the latest events at home and abroad.

Many readers prefer to read the printed newspaper for they do not like staring at the computer or cell phone screen. Printed newspaper is also preferred by the elderly people.

The Irresistible Trend of Online Newspaper

With the advent of information technology, the traditional media are pushed to the corner and are struggling to survive. Surprisingly, not all people are hailing the birth of online version news. Some people believe that traditional printed newspaper is irreplaceable since a large number of people still have no access to the Internet. However, others believe that the demise of printed version is at hand. Being faster and more convenient, cell phones and personal computers have led us to a paper-free lifestyle.

As far as I am concerned, it is irresistible that the printed newspaper will demise while the online newspaper will prosper. As the modern life picks up speed, news is reported at every turn. News is no longer new when printed on paper. While the printing process of traditional newspaper takes hours, and its distribution may take even longer time, the electronic transmission of news on the Internet may only take a couple of seconds, even including videos and audios. Besides, young people, the largest number of consumers, prefer to read news via cell phone or laptop. By these devices, users can share and comment on the news, which enables them to enrich their knowledge and mind in a short time.

In conclusion, I firmly hold the idea that the online newspaper will dominate the market in the future and the printed newspaper will be displayed in the museum representing a period of history.