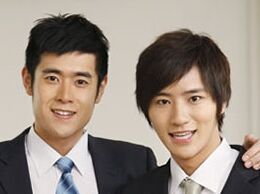 Every year millions of candidates attend the National Civil Servant Exam, some of whom even take it as their lifelong career to attend the exam every year in the hope of passing the exam and becoming a civil servant. The most sought-after position may attract nearly 10,000 applicants. The “craze for the Civil Servant Exam” has been fiercely debated in recent years. Should university graduates zealously pursue government posts? Read carefully the opinions from both sides and write your response in about 200 words, in which you should first summarize briefly the opinions from both sides and give your views on the issue.

YES
It is undeniable that the post of civil servant is an appealing job, for government posts are relatively stable, with fine income and welfare. If one becomes a civil servant, many troublesome problems, such as accommodation and medical care can be solved with some favorable policies. Also, the workload is modest compared with other jobs. So being a civil servant is attractive for many university students and they can hardly abandon this opportunity.

The expansion of college enrollment and the fierce competition among university graduates have led to the increasing pressure of job hunting. For many students who are not quite certain of what they want to do in the future, taking the Civil Servant Exam is a good try. The whole process is the same as applying for jobs in private sections. Through the exam, university graduates can get a practice for the future career, and the result sometimes is not so important.

The craze of university students attending the Civil Servant Exam is, to a large extent, due to the advantages of government posts. But actually, the government post today is not as favorable as it used to be. Being a civil servant is stable, but on the other hand, also lacks creativity and freshness. Its salary is on the average level, and is no match for that in some private sections. University graduates, at their 20s, should exert themselves and strive for a bright future. Blindly following the crowd to pursue government posts is not a good choice.

It is wrong that some university students equate success with a government post. In order to get a government post, students sometimes have to choose jobs that are not even related to their majors. It is a waste and is not worth getting such a post at the cost of one’s specialties and professional knowledge.

Curbing the Craze for Government Posts

Our society is experiencing a craze for the Civil Servant Exam in recent years, which makes becoming a civil servant a popular mindset in society. Two opposite voices emerge, providing different views on career planning. Some think the government post should be pursued, for it provides an appealing job with stability, fine income, secure welfare yet relatively moderate workload. Others are against the zealous pursuit of government posts because it is not as favorable as it was before.
As far as I am concerned, university graduates should not pursue government posts zealously. Firstly, career planning should be based on one’s ambition and specialty rather than some short-sighted interests like the stability of a job. Graduates are young; they are in a crucial period of striving for a better future. And the government also needs loyal and responsible employees instead of those who only seek for self-interests. Secondly, stable as it is, the government post lacks creativity and freshness. Besides, some positions have less mobility and prospect of promotion, and the salary is on the average level, not so encouraging compared with that in some private sectors. Thirdly, the conception of equating a government post with success is apt to mislead graduates to choose government positions even irrelevant to their majors, causing the waste of human resources.

In conclusion, university graduates should pursue the government posts in a proper manner. The stability and welfare of a job are important, but they should not be the only elements we take into account.