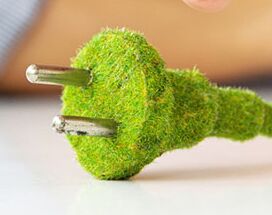 Are the environmental problems too big for individuals to solve? This matter has been intensely discussed for years. The following are the supporters’ and opponents’ opinions. Read carefully the opinions from both sides and write your response in about 200 words, in which you should first summarize briefly the opinions from both sides and give your views on the issue.

YES
No matter how small personal involvement in environmental conservation might be, it is an unshakable obligation for everyone to safeguard the environment.

It is known that environment contamination and conservation are long-term problems, and no single government or big company can meet this challenge alone. As such, whoever created the environment problem should be responsible for solving it; environment protection needs every one of us to continuously participate in.

The public’s wills and behaviors have an important influence on government’s policies and companies’ strategies. For example, if everyone says “No” to plastic shopping bags and paper cups, then the companies that manufacture such products will switch to environmental-friendly substitutes in order to survive in the market.

In some cases, the lighter sentences might also lead to people’s resentment towards the judicial system as victims might argue that these young offenders do not confess what they have done. This could also result in insecurity in our society eventually.

Some severe environmental pollution, such as global warming or sea contamination, might fail to be resolved only by personal effort. In this case, the government plays a challenging but inescapable role in environmental management because the government is the only legalized institution that may formulate legislation related to environmental problems.

The government can enact laws and introduce programs to raise public awareness of low-carbon.

Big companies have outstanding advantages in finance and technology, which give them the possibility to reduce pollution. For instance, some big companies can improve their production process to recycle the waste.

Are the Environmental Problems Too Big for Individuals to Solve?

Since our earth is faced with the unprecedented environmental challenge, environmental protection has become an urgent issue for governments and ordinary people. Some people are of the opinion that no effort is too small in terms of environmental protection because it needs everyone’s help and participation to optimize the living surroundings. However, there are different voices insisting that only governments and large companies can make a difference in solving the problem.

Personally I hold the perspective that the joint efforts of both governments and individuals are indispensable in settling environmental concerns fundamentally and neither can work effectively without the other. For one thing, governments’ regulations and supervision can make full use of the considerable manpower and material resources consistently devoted to tackling environmental contamination. For another, without the participation of common people, every green policy enacted by the authorities will end in failure because it is human activities that have the greatest influence on the environment through all recorded history.

All in all, individual support plays an important role in implementing governmental policies on environmental improvement and resisting the acts of destroying environment. In the meantime, the government should also shoulder its responsibility to make its people live in a safer and healthier environment.